Yemen is one of the worst places to be a child right now. Children urgently need food, water and medicines just to survive.

More than 4 years of fighting has pushed children in Yemen to the brink. They're paying a heavy toll for suffering through the worst humanitarian crisis seen in 100 years.

Children have lost family members, and been forced from their homes. They're suffering from disease and can't get clean water to drink or food to eat.

Right now, Yemen is the worst place to be a child.

A child dies every 10 minutes from preventable causes. And for thousands of severely malnourished children, any day could be their last. Children need help urgently - donate now.

3 packets a day for six to eight weeks is what it takes to pull a starving or malnourished child back from the brink.

How will you help

Because of donations from wonderful supporters like you, UNICEF is in Yemen providing safe drinking water, therapeutic food and milk, and vaccines to protect children against deadly diseases. We're supplying medicines to treat sick kids, while getting them back into school, providing emotional and psychological support and and protecting children and families.

We're working closely with partners on the ground to meet the children's urgent needs.

To continue to respond to children's needs we're asking our supporters to dig deep while Yemeni children's lives are at stake.

Yemen's children under attack: 37 children among killed and injured in the attack in Al-Jawf

“UNICEF is sad to confirm that the recent attack in Al-Jawf, north of Yemen, on 15th February, took the lives of 19 children (eight boys and 11 girls) and injured another 18 (nine boys and another nine girls).

“We were hopeful that peace would be on the horizon in Yemen, but the worrying escalation of violence over the past few weeks is a harsh reminder that children in Yemen continue to carry the heaviest burden of the conflict.

“UNICEF reiterates its plea to all parties to the conflict to protect the lives of children by first and foremost putting an end to this brutal war. A sustained commitment to peace in Yemen is the only way that the global community can fully deliver on our commitment to protect the rights of every child in this country.

“The daily suffering of children in Yemen should not be forgotten or go unnoticed”.

More than four years of armed conflict have brought Yemen’s essential public services to the brink of collapse. The first to feel the effects are, invariably, the nation’s most vulnerable, including babies, who are growing up in an environment of toxic stress. 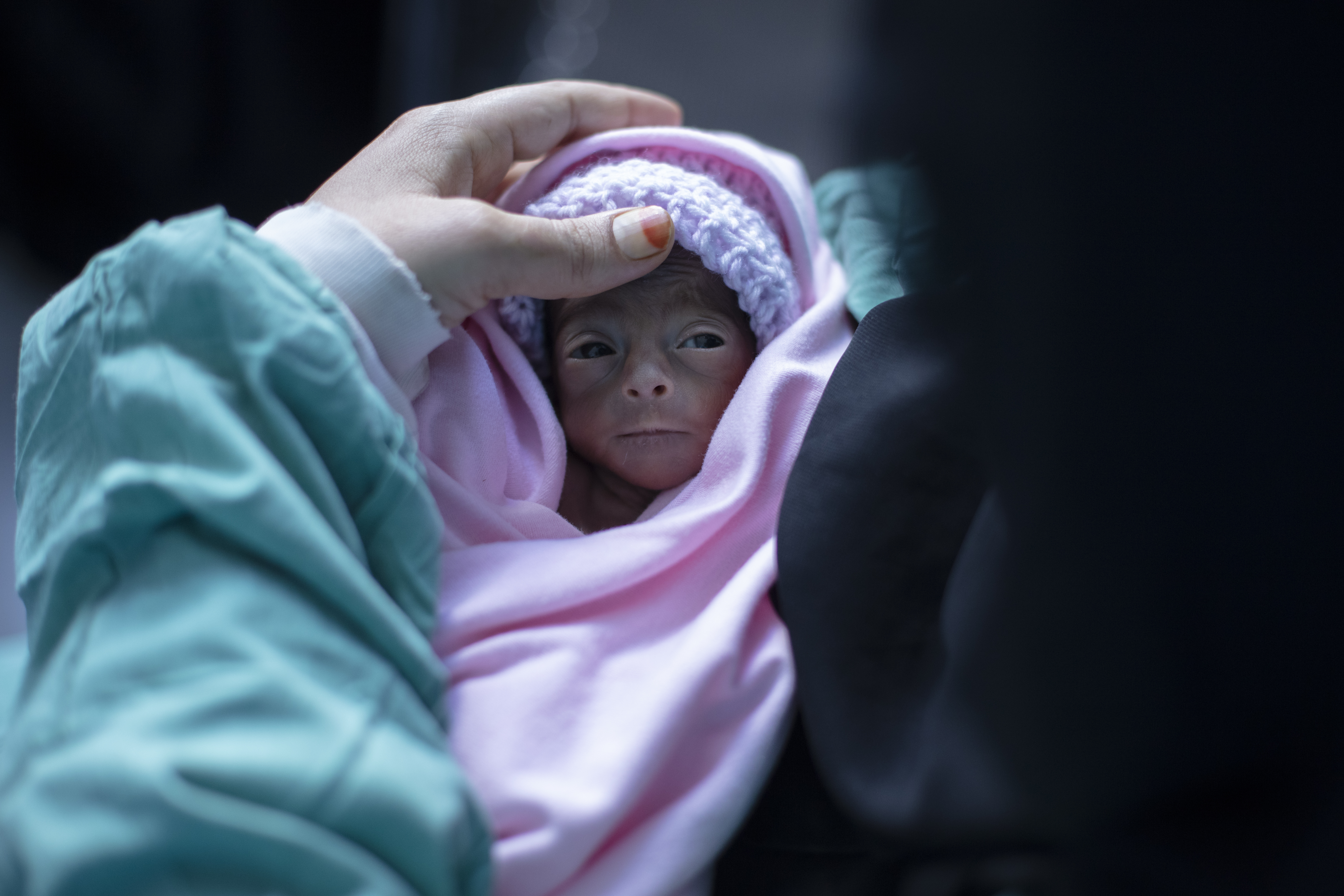 The nurses in the neonatal intensive care unit at Al Sabeen say that when there are attacks, they expect an influx of premature babies to their wards. They also know that as the economic crisis continues, access to food, fuel and medicines is becoming harder by the day.

The nurses themselves, along with other medical staff across the country, are going without salaries for a third year – yet despite this they continue to deliver health care. 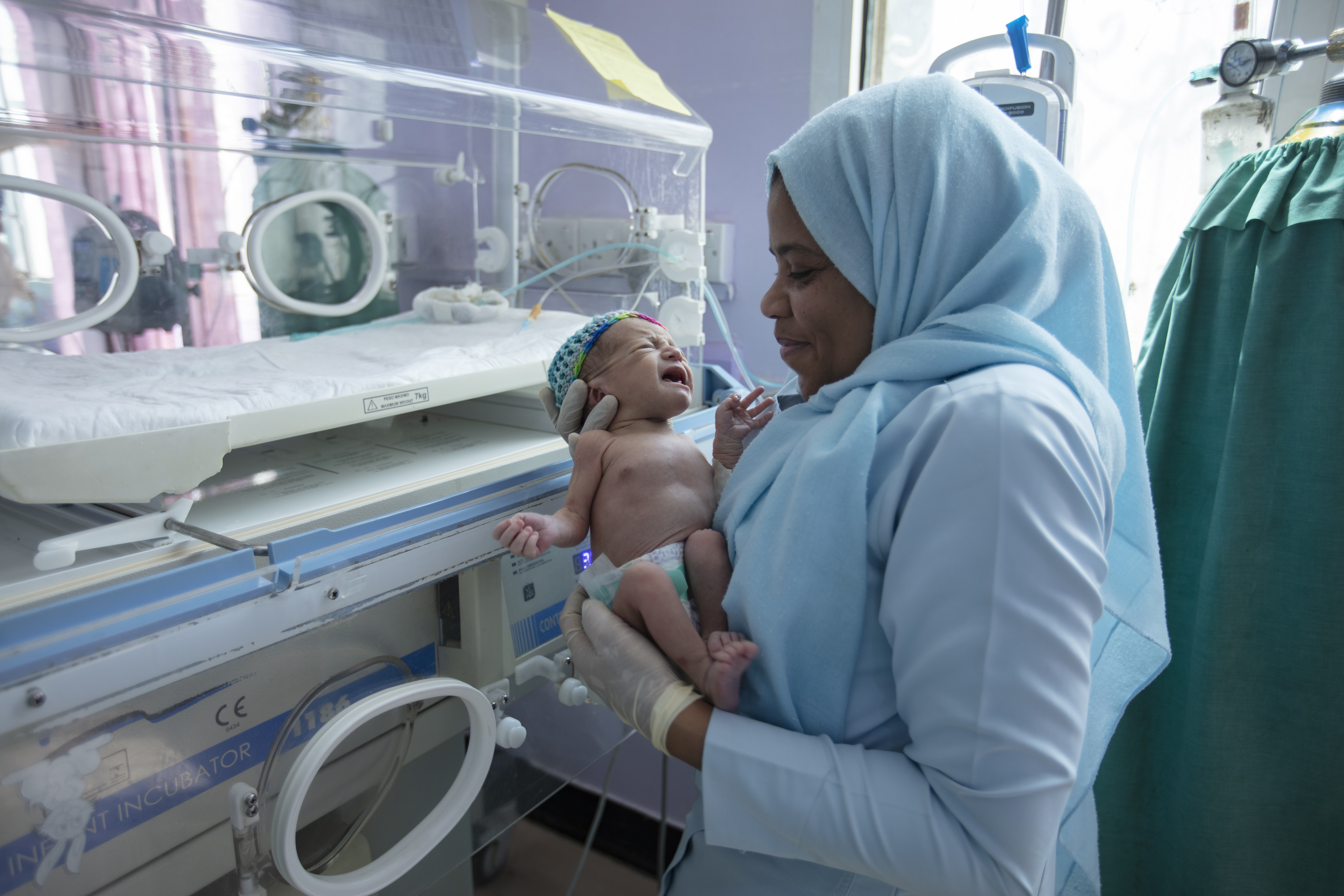 The Al Sabeen Maternal Hospital is undoubtedly a lifeline amid a catastrophic humanitarian crisis. Thousands of families come here for urgent care for their premature babies and malnourished children.

Dr. Suaad Al-hetari was part of the team that opened the nursery in 1993. She also facilitated the introduction of a kangaroo mother care programme in the ward, the first of its kind in Yemen. She now works for UNICEF, as part of a team working around the clock to keep Al Sabeen, and other health facilities across Yemen, from closing. 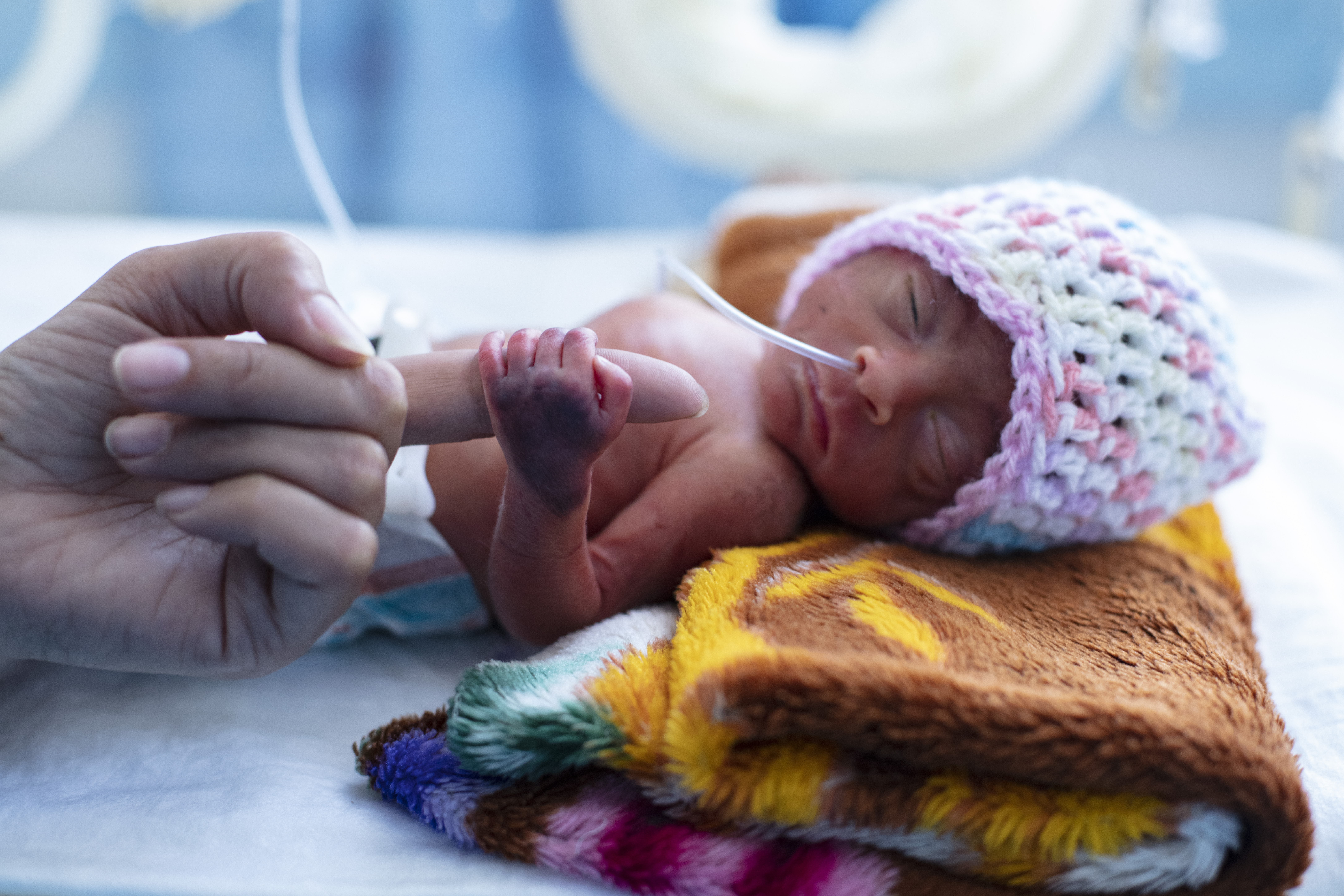 “The ongoing crisis is affecting the ability of hospitals to provide neonatal care. In spite of the situation Yemen is in, we have doctors and nurses fighting to keep these babies alive,” she says. “UNICEF keep the electricity running, we provide medicine, supplies and incentives for health workers. Undoubtedly the hospital would close if we weren’t here.”

As part of its ongoing humanitarian response, UNICEF is working with donors, partners and government representatives to keep these services running. We won't give up on any child.

Children in Yemen continue to be in desperate need 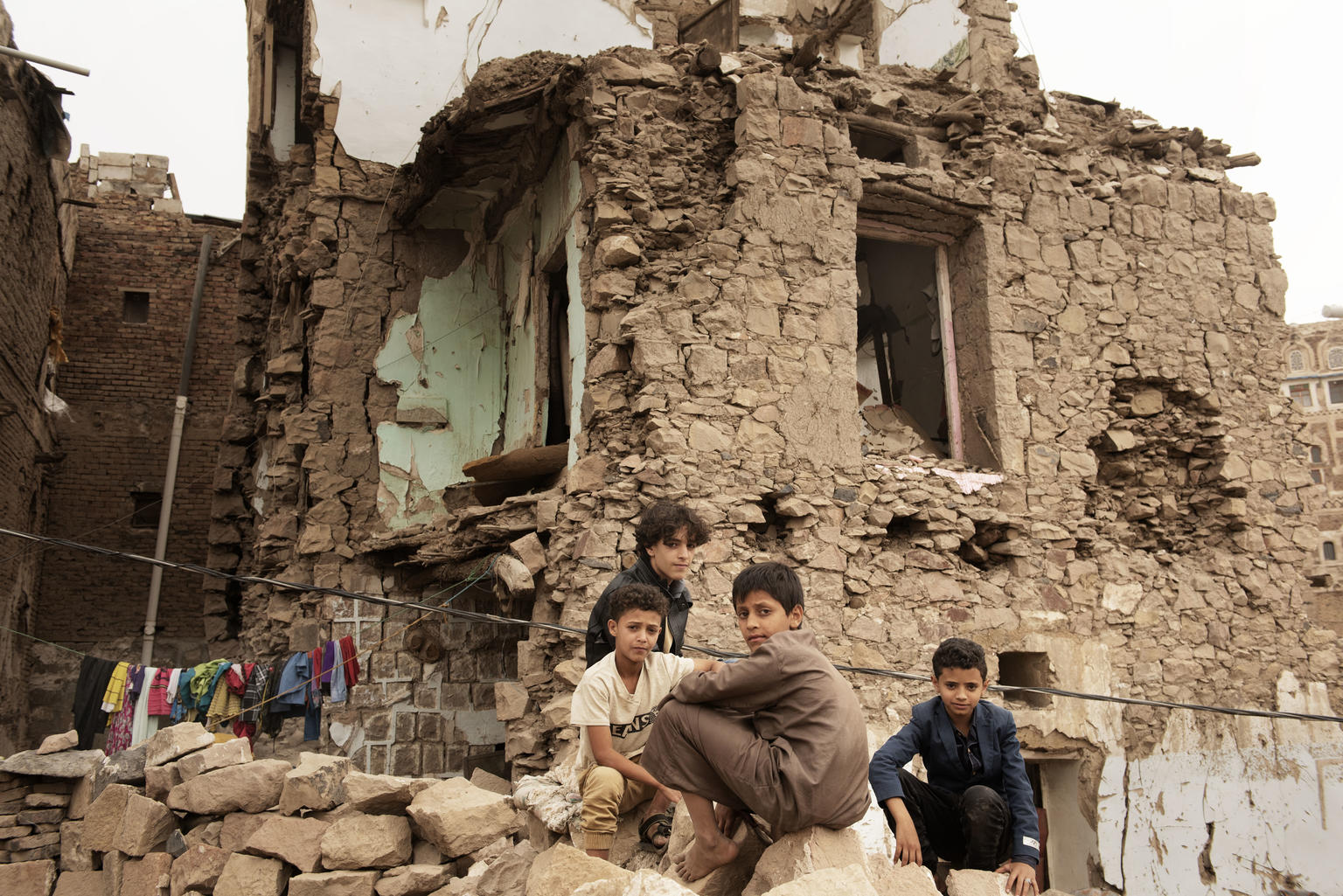 Children sit in front of a house damaged by an air strike, inside the old city of Sana'a, Yemen, on 20 July 2019.

The fallout from the ongoing civil war in Yemen, which began in 2015, has led to the largest humanitarian crisis in the world, with more than 24 million people — some 80 per cent of the population — in need of humanitarian assistance, including more than 12 million children. 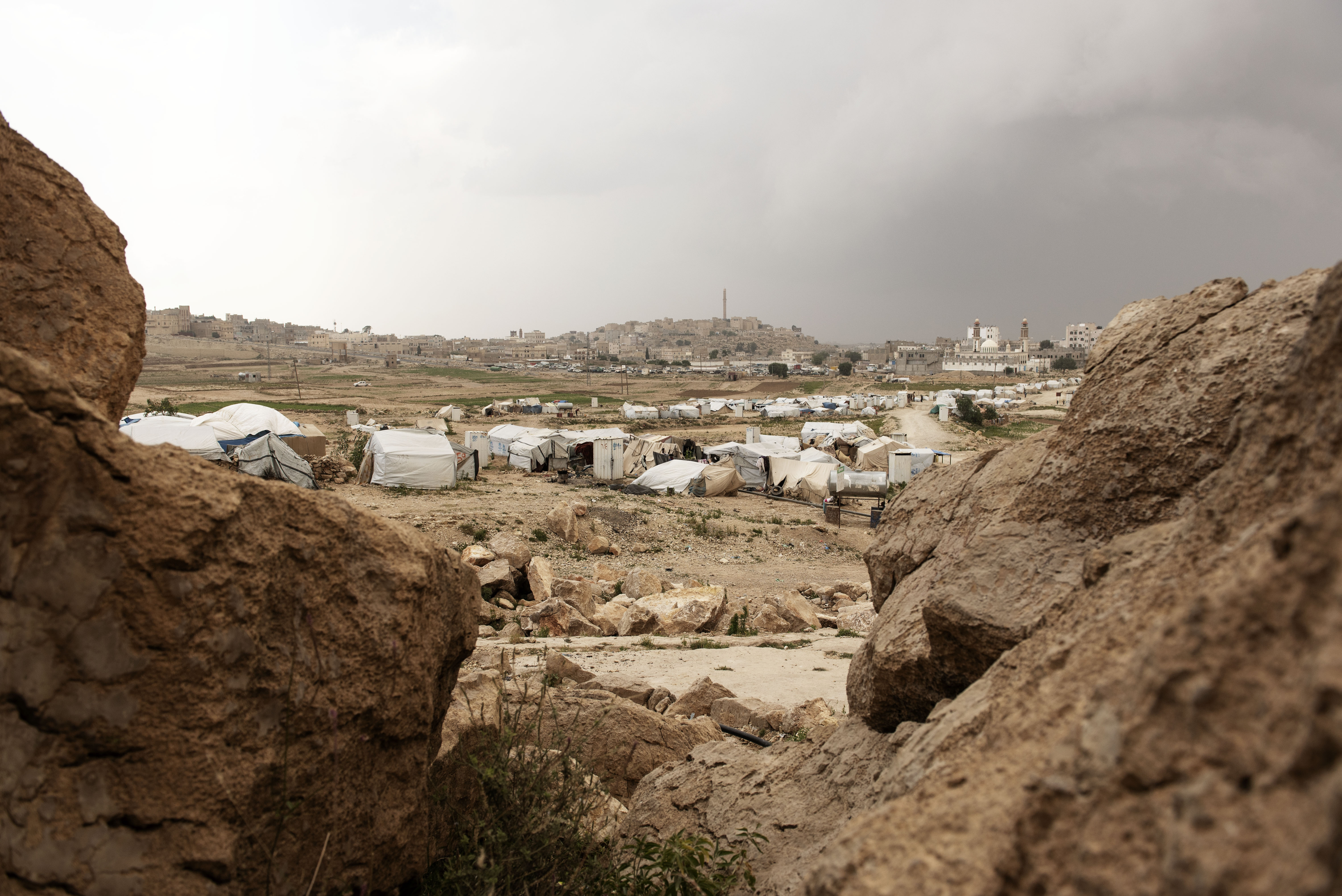 Children continue to be killed and maimed in the conflict. Around 360,000 children under 5 years old are suffering from severe acute malnutrition and require treatment, with cases of acute watery diarrhoea and suspected cholera soaring in early 2019. 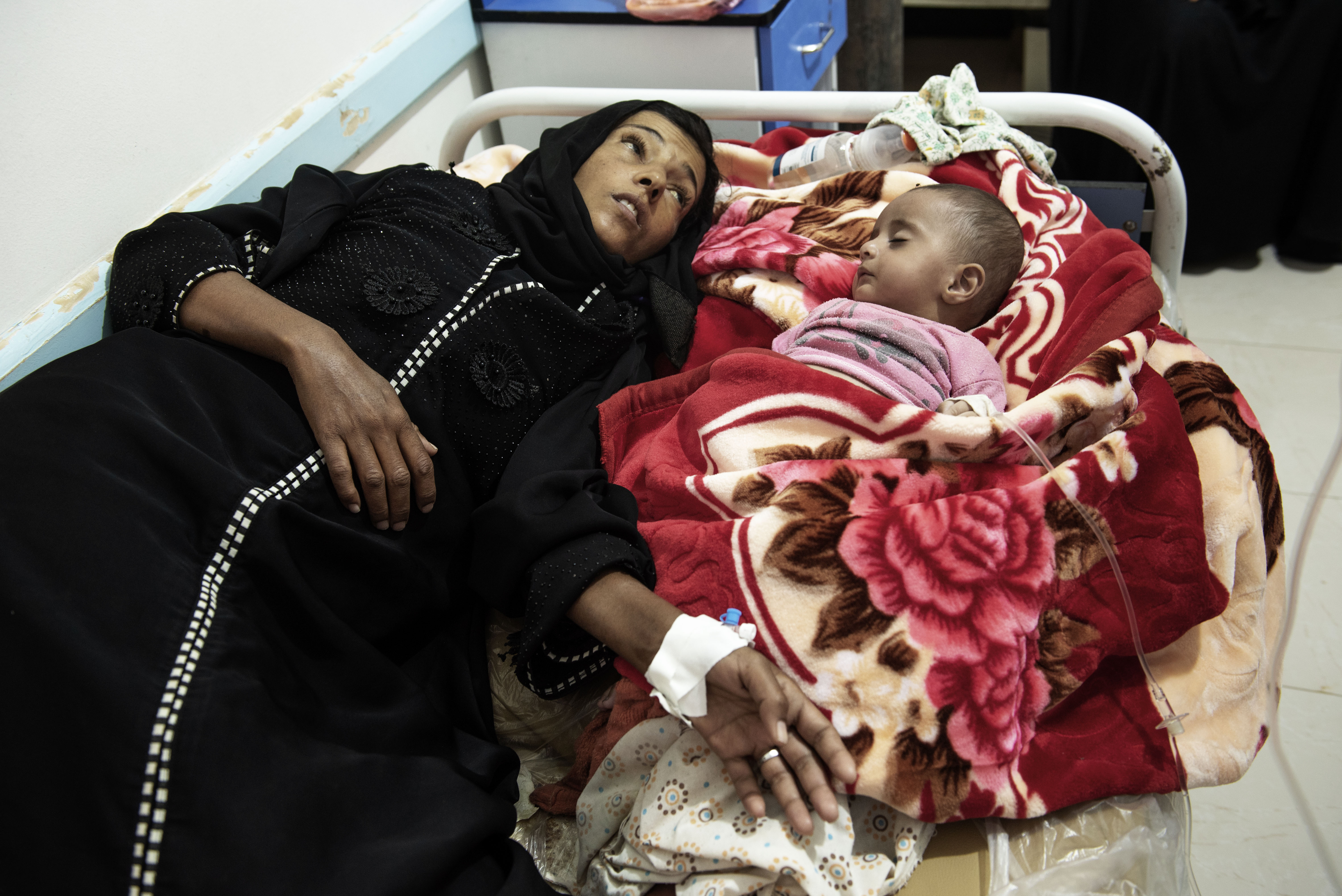 The damage and closure of schools and hospitals has disrupted access to education and health services, leaving children even more vulnerable and robbing them of their futures.

UNICEF continue to be on the ground, providing kids with life-saving support, including: food, water, medicine and shelter.

UNICEF's Water Under Fire Report has highighted the lethal nature of unsafe water and sanitation for children in 2019.

Read more of the report here.

Your support will give children

Accounts from the Field

👋 MAKE A BIGGER IMPACT FOR KIDS WITH A SMALLER MONTHLY GIFT

Please consider making even more of a difference with a smaller monthly gift. Monthly donations are vital to support long-term projects and to help more children grow up happy, healthy and safe.👶

All Donations Are Securely Processed Via Stripe
donate now

Individuals can claim a 33.33% tax credit for all donations over $5 they make to this appeal.

Want to donate via bank transfer?

You can donate to this appeal via direct bank transfer. Click the button below to find out more information.