Every game of soccer should end with a goal, not an explosion.

Unfortunately, this wasn’t the case for Muqtada who was injured by a landmine explosion while playing outside on a field. He lost his right foot and a part of his right leg when he was just 16 years old.

“Before, I used to play soccer every day and go out with my friends. Now I can't do that,” he says.

After the explosion, Muqtada had to drag himself toward a nearby car to seek help. The driver stopped but didn’t want to get out of the car for fear of landmines in the area. Muqtada had to hoist himself into the car where he passed out—he later woke up in hospital.

Muqtada is not alone. Sadly, children account for around half of the casualties from explosive weapons like shelling or unexploded ordinance (UXO) like landmines left as remnants of war.

Samples of mines and clusters.

Iraq remains among the countries most contaminated by landmines and explosive devices in the world. According to the United Nations Mine Action Service, Iraq has approximately 2,850 square kilometres of recorded contaminated land. This includes areas recaptured from the Islamic State of Iraq and the Levant (ISIL), putting 8.5 million people at risk. The level of contamination in the areas that were controlled by ISIL in Iraq is considered ‘three-dimensional’- meaning explosive devices can be found anywhere: buried in the ground, attached to refrigerators, doors, windows, hidden inside rubble and can be made to look like children's toy or household appliances.

Zainab's life changed one day when she was out helping with daily chores. She was with her brother Abdul and their mother picking vegetables and collecting scrap metal to sell when an explosive detonated.

Adbul helps Zanibab with most things she is unable to do herself. “I help her when she goes to the bathroom, to put her shoes on, play with her. I wish that this incident does not happen to her, I hope that she will see again,” he says.

Zainab only remembers the heat from the blast and waking up in a hospital five days later, with burns on her body. When she woke up she was told her mother died in the explosion. “When I think about her, I cry. She was my world,” she says about her mother. Zainab also lost her vision from the explosion as shrapnel embedded in her eyes.  Her wish is to go back to school, but the education system doesn’t cater to her disability.

But explosive devices aren’t always landmines found on fields. Ali, 17, is a survivor of a shelling incident. He lost both his hands when he was trapped between combat of ISIS and liberating forces. His parents were killed a few years ago in a separate incident. Ali was attending third grade but quit his studies after he lost his hands.

Ali’s brother Sa’ad helps him put on his prosthetic hand.

“After the accident life is very complicated,” Ali says. “I had to drop out of school because I couldn't stand being bullied. They don't accept me in any job. I would like to work in a store. I see myself as capable and useful despite my disability."

In 2021 alone, 52 children were killed and 73 permanently injured in Iraq by explosive remnants of war. Even though they’ve survived horrific attacks, these kids are left to endure painful physical injury and psychological trauma. Many of them are unable to finish their education or find work to help their families or to be independent.

A mine risk training session at a UNICEF-supported child-friendly space located on the outskirts of Basra, in the south of Iraq.

For kids living in conflict, it has meant their learning has had to go beyond the usual school subjects of maths and history. UNICEF has set up mine risk training sessions in schools and local communities for children and parents to learn how to identify, report, and protect themselves if they come into contact with explosive hazards. Since 2014, donor support has meant 29 million children in 25 countries could receive explosive-ordnance risk training and education.

We’ve also helped rehabilitate children injured by remnants of war in more than 10 countries by assisting them through medical care, access to artificial limbs, mental and emotional support, and access to education.

A UNICEF team member leads a music activity for Yazidi children inside a child-friendly space. These spaces are established for displaced kids to find help and come together to heal from the impacts of war.

But with increasing armed conflicts happening around the world in populated areas like city centre’s more help is needed to both prevent these injuries and help kids rehabilitate. With your help we can address the urgent need for specialised medical services to reduce lifelong impairments. We continue to call on governments and hold them to account to avoid the use of explosive weapons in populated areas. So, we can see children continue to score goals in soccer without the fear of losing their lives.

Deliver hope in an emergency - when kids need it most 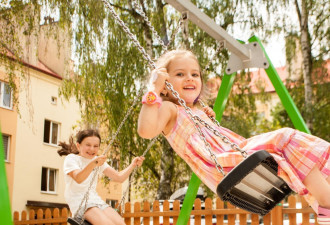 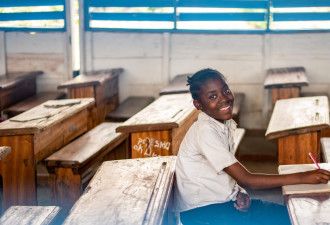 Delivering hope when children need it the most 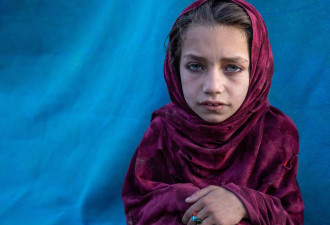