The winding drive over the Remutaka Hill is breathtaking and heart stopping. Haillee Thompson sits in the back, hands at her sides, gripping onto the car seat. Each time her mother, Jessica, slams a foot down on the accelerator, heaving the car up a steep incline, the engine falters – for just a second – at the point of changing gears.

Back and Forth by Aaliyah plays over the stereo. Haillee sings along, as if for courage. Her voice a low, pleasant hum.

“I real-ly don’t like heights,” the 13 year old says, exhaling deeply, the car now rolling along the gentle, downward slope into Featherston.

Haillee wants to be a songwriter when she grows up – or perhaps just a writer. She’s still trying to decide. This weekend is the Featherston Booktown Festival, a weekend of events aimed at promoting reading and writing. And today Haillee is attending Te Kahu Rolleston’s poetry workshop. Maybe he can help her decide.

As we pull down the main street of Featherston, Jessica lays out a plan her daughter has spoken about often. She would own a small, independent record label, a family venture with two of her sisters. One sister, Willow, would sing. The other, Jordan, would choreograph elaborate dance routines for music videos (think Aaliyah dancing atop a seabound platform in the Bahamas for Rock the Boat). Haillee would be “the boss of everything”, running the label and telling her sisters what to do.

“And I would write the songs,” Haillee pipes up from the back seat.

Te Kahu Rolleston has a personality that fills a room, and laughter which can be heard from other rooms. His hair, worn in dreadlocks, reaches down to his waist. Like Cousin Itt from The Addams Family, he observes Haillee. He sits at the head of the table, lobbing delicate questions and watching intently for where they land.

“And when you write songs, who do you write them for?” he asks Haillee.

“I just write them for myself,” she says. “The hard thing for me is finding the beat. So that it doesn’t sound similar to other songs.” Te Kahu is nodding effusively. “Don’t want to sound the same as anyone else, eh?”

“These are strange people!” Haillee protests. Unfamiliar, she means. She’s usually confident with people her age, but this is different. She jerks back to face Bailey, Te Kahu’s girlfriend. “Except for her. She’s my favourite.” Earlier, the two bonded over Lady Gaga.

It’s about an hour before the start of Te Kahu’s workshop, Behold My Cool Style. He’s spending that hour with Haillee as part of Shadow Your Hero, a mentorship programme sponsored by UNICEF New Zealand and the Naenae Clubhouse, funded with a grant from Ara Tahoi. The programme introduces young people to adult mentors working in their dream profession.

Te Kahu wasn’t always a slam poet or even a poet. He started out as a battle rapper. A ferocious one at that, even winning New Zealand’s national battle rap championships. He was introduced to spoken word poetry through Enviro Schools, who invited him to contribute to a campaign they were running. He would end up taking top honours at the New Zealand Slam Poetry Championships in 2013.

“In my head, it’s all the same,” says Te Kahu. “The writing, the songs, the poems. All of them come from the same place.”

“Exactly. They are transferable skills. I reckon if you can do one, you can do them all.”

Ever since Haillee was six or seven she has written songs. Notebooks filled with them. Her mother remembers her parading around the house, singing from her personal songbook. But she writes fewer songs now, the notebooks her mother dutifully buys every birthday piling up in a freestanding wardrobe beside her bed. And she doesn’t sing her own songs anymore, at least not in front of people. The older she gets, the more the doubts creep in.

Te Kahu doesn’t ever sing his poems, though he certainly wishes he could.

“Honestly,” he says, laughing, “I only talk my poems because I can’t carry a tune.”

Te Kahu says he was cripplingly shy when he was 13 years old. He didn’t like talking to people back then, and in some ways still doesn’t.

“He was nervous to come here today,” adds Bailey.

Other workshop attendees are beginning to file into the Featherston Bowling Club. Haillee, at 13 years old, is the median age for the room. Some attendees are as young as five or six years old, others are in their late teens. Arriving into the wood fire heated room, the first thing most of them do is hurriedly remove autumn layers and scarves.

Moments before being whisked away by an organiser, Te Kahu explains how his nerves disappear entirely in one particular scenario.

Earlier this morning Haillee was busy rifling through her cupboards. She was trying to find her copy of The Outsiders by S. E. Hinton, to take as light reading for the car ride over to Featherston. It’s a book she was first assigned for English, but has since become a favourite. She explains the whole convoluted plot – including spoilers – while she searches.

Haillee can’t locate the book, and instead settles on a vampire novel. She carries it out to the car, along with two notebooks, a pencil case, and a polaroid camera.

“Bringing your whole life with you?” jokes her mother.

Not far from the family home is the Naenae Clubhouse, a community institution. The Clubhouse is a space for young people to express their creativity. It’s equipped with a recording studio and professional camera equipment, but also traditional arts materials. Haillee has attended the programme on and off for years.

“She’s come back this year and seems very engaged in fiction. Books like the Vampire Diaries.”

“We hadn’t seen that side of her before.”

Lily has noticed other changes in Haille, too. For starters, she seems more interested in her education.

Lily believes the Naenae Clubhouse can help a young writer like Haillee find her voice. Among the opportunities on offer are songwriting and screenwriting. There’s even a chance to script, and perhaps even perform, in a new Clubhouse podcast.

“Really, we just need her to feel confident about speaking, and speaking behind a microphone,” Lily says. “I think that would be really good for her.”

Haillee stands at the front of the workshop, not looking up from her notebook. She’ll say later that she enjoyed the experience. But, in this moment, she looks terrified.

She had been adamant about not reading in front of the group. And for much of the workshop, she didn’t even seem to be writing. But between scribbling doodles, and intermittently snapping photos on her phone, she composed five short poems.

At the end of his workshop, Te Kahu invites each young person to the front to read their work. In between speakers, he tries to twist Haillee’s arm. Finally, he strikes a deal with her: He’ll read a poem of hers himself, but she has to read one as well.

She looks up from her notebook.

“I like to rhyme, not lie,” she begins. “I’ve got about zero dimes. I kind of wish I could fly, but I’m a little afraid of heights.”

The rest of the workshop applauds as she walks back to her seat. She’s smiling.

Ara Tahoi Youth Week (May 18-26) is a nationwide festival of events celebrating the talents, passions and successes of young people. Shadow Your Hero is a partnership between UNICEF New Zealand and the Naenae Clubhouse, funded with a grant from Ara Tahoi.

UNICEF New Zealand stands for every child so they can have a childhood. 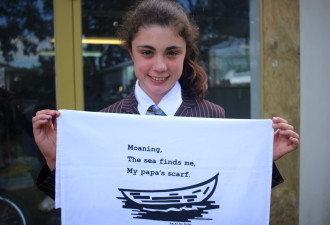 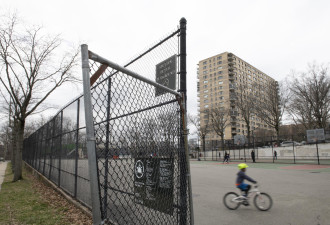 What children want to know about coronavirus 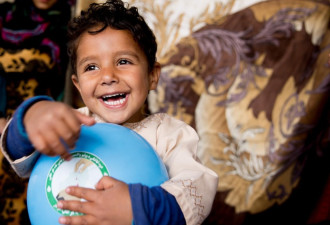 What supporters should know about their donations