19/01/22 – The extent of the devastation in Tonga is becoming clearer with arial photographs taken by the New Zealand Defence Force showing some of the utter devastation on [some] islands. The Tongan Government has confirmed that all homes on the island of Mango were wiped out in the tsunami that followed Saturday’s volcanic eruption. Three deaths have also been confirmed and more injured. Yesterday a distress signal was detected in an isolated low-lying group of islands in Tonga. Acting United Nations Coordinator to the Pacific Jonathan Veitch joins us now.

Kia ora Jonathan, what more can you tell us about this signal?

Well, the Government finally reached these islands yesterday and I'm sorry to confirm that indeed the search and rescue operations that began on Sunday are now coming back with news that there are a number of injuries reported post-tsunami, and the health teams who are bringing water, food, and tents are discovering that indeed all houses were destroyed on Mango island and only two houses remain on Fonoifua Island and there’s extensive damage recorded on Nomuka Island as well. So, an evacuation process is taking place or has taken place from some of those islands to larger [islands] and that most of the families are being housed with relatives. But there are some evacuation centres open as well.

What more do you know, in terms of deaths and injuries?

We know so far that a third person has unfortunately died [and] seems to be from those islands that the Government reached yesterday. We don't have more information on deaths, but we are hearing about casualties. The good thing is that a health team with UN support has arrived in the area now and does have basic medical supplies in terms of dressings and all the rest of it. So hopefully they will be able to treat those who’ve been injured.

It looks like it. Today we have to assess the situation of all the housing. The photos and the satellite images that we’ve got through have been extremely useful, but we have to get to those locations now, see how the people are and give them basic food and water.

Is that the primary concern on the agenda to today?

Well, it's not the only concern, but certainly survival is the most important thing. So, ensuring that families are safe, that they have shelter and that they have water, would be the primary concern. And then after that, looking at the overall damage that’s been caused by the tsunami. I am pleased to say that the New Zealand Government has sent ships there already, and the Australians are ready to move theirs as there will be more planes flying today to get more assessments. And slowly but surely the clearing up operation of the airport and so on is continuing. So hopefully soon we will be able to use the airport as well.

You mentioned how big of an issue water quality and access to water has been?

It's a huge issue and the problem is that the majority of the population rely on rainwater and when the rainwater is infected and made toxic by the ash, then it’s a little bit dangerous. People have been advised not to drink the rainwater, but to try and use ground water sources, so I think that we have to look at that very carefully and see how we can increase the amount of water, but also look at the water quality. And I'm happy to say that organisations like UNICEF are sending treatment, supplies and things like that for the families so they can treat their own water. It will take a few days, but we have to look at this very carefully.

I imagine you have been working closely with the New Zealand Government.

We’re working very closely with New Zealand Government. They’ve been extremely gracious and are providing lots of information. We’re grateful for that and have offered support in terms of logistics as well, ships and also from the photographic evidence that they're collecting. So, we're working hand in hand.

A lot of people will want to help of course. What would your advice be to them?

If you can provide a little bit of a donation to a trusted organisation that would be very helpful. There are good organisations on the ground. The UN is there. We've got eight organisations working there right now and 22 staff, but there are other local organisations and government too. This will be a long-term rehabilitation and reconstruction effort, so we'll need the public support for a long time to come. 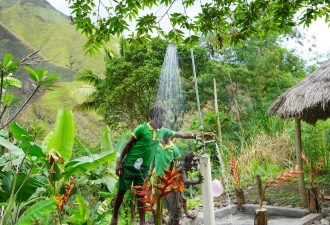 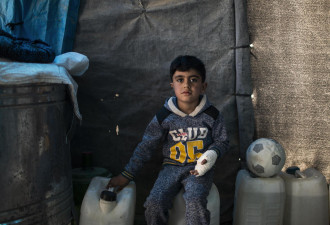