One Honours paper at Victoria University defined the course of New Zealander James Gray’s career. James now works for UNICEF Turkey and talks about the impact of a decade long war on Syrian communities and why child protection is critical.

I studied political science at Victoria University. In one class we touched upon the topic of children in armed conflict and it fascinated me. In 2003 I joined UNICEF, and today I work as Chief of Child Protection for UNICEF Turkey – a country hosting four million Syrian refugees.

Every Syrian family has experienced tragedy: they have lost loved ones, seen family members hurt or been attacked themselves. They live with flashbacks of bombings and attacks. They come from all walks of life – and they include doctors, lawyers and highly educated individuals speaking fluent English who once had very good lifestyles and now live in Turkey with few possessions.

Ten years on from the start of the conflict, children have been born in Turkey to Syrian parents. Will they feel integrated into society or will there be a collective experience of loss and grief associated with what their parents have been through? Less than 2% of the Syrian refugees live in temporary accommodation centres, while the rest live in and amongst the Turkish population. They’re often without any form of income, living in crowded locations in impoverished areas.

New Zealand children have freedoms few Syrian refugees can imagine, particularly girls. In Turkey, a 15-year-old Syrian girl may be married off because it's seen as the honourable things to do, or because of a belief that it’s for her betterment. Gender-rooted social norms are one of the major causes of child marriage in Turkey. In some families, education may not be seen as important, and gender stereotypes about women’s role in society and the household mean that she doesn't have a role beyond a wife and a mother. Poverty is also a driving factor; she is one less mouth to feed.

UNICEF tailor and develop programmes to try and eliminate child marriage. We’re working with social workers, community centres and teachers, so that they’re able to step in and support girls at risk. We’re running awareness raising sessions, targeting men and boys to promote the benefits of keeping their daughters and sisters in school, so they can contribute to the family and have a better future.

A lot of child protection is focused around changing people's behaviour, their knowledge, their awareness, so that we can prevent cases from happening, and these things take time. But we also need to make sure we have the programmes and services in place to respond to cases that have already happened, and support the child and their family. I have met children who feel the pressure of having to support their family, especially if they don't have a father. Young children work in factories, handle toxic substances and hazardous chemicals. Children are out on the streets which has a whole array of risks, exploitation and violence. They’re working in the textile sector or in seasonal agriculture.

UNICEF supports a program which gives cash transfers to parents if their child goes to school. If a child is absent for more than four days, the cash transfer is suspended for that month. The child protection case workers visit the family to find out the reasons why and provide support. Nearly 700,000 refugee children have been supported through this programme, meaning that they have regularly attended school. Where there are child protection issues occurring, nearly 80,000 children have received visits from case workers and have been supported to ensure that issues are resolved and the child returns to school.

UNICEF’s social policy section is working on child policies to ensure the policies and laws are in place and enforced. We’re working at the national level, as well as having feet on the ground partnering with communities.

Turkey is an amazing country. They have welcomed the Syrian population with open arms, and it has the largest refugee population anywhere in the world. The Turkish government and citizens have allowed Syrian refugees to live amongst them so Syrian children can go to school, access healthcare services and parents can find work.

However, the pandemic has caused wide-spread damage and risks pushing back years of international development which is terrifying. There will continue to be child protection violations for Syrian refugees occurring every day and we don’t have the resources to meet them all. We will likely see more cases of child labour and child marriage as COVID adds financial stresses on families and resources are stretched, compounded by services and systems that are already overstretched.

But there is hope. We are doubling down on our efforts to make sure that services continue. Work is not going to quieten down. We are able to make differences to individuals and communities and have an impact on the greater good.

I came back to New Zealand recently and it was surreal. I loved going to cafes and bars, restaurants and concerts but I kept instinctively reaching for my mask. Because of the pandemic, I worry that governments around the world will have priorities at home and there won’t be funds available to support international humanitarian and development work.

We can’t give up on Syrian children. 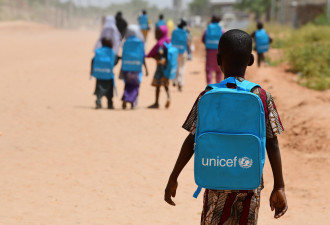 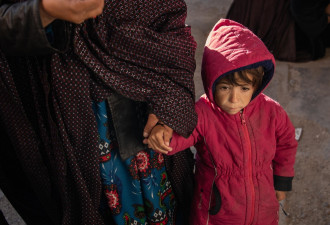 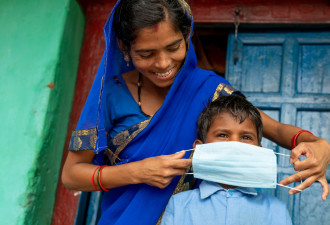