“UNICEF is deeply saddened by the killing of eight children in the Lal Pur District, Nangarhar Province, Afghanistan, yesterday, when an explosive remnant of war detonated near a school. Four other children, who had been attending class, were also injured. All twelve children killed and injured were boys.

“UNICEF expresses its deepest sympathies to the families of the victims and those injured.

“Today’s incident underlines how important it is for the international community to support Afghanistan to clear explosive ordnance and remnants of war. Equally important is to educate children and their communities about the risks and the preventive measures to take.

“The use of explosive weapons, particularly in populated areas, is a persistent and growing threat to children and their families. In 2020, globally, explosive ordnance, including remnants of war, were responsible for nearly 50 per cent of all child casualties, resulting in more than 3,900 children killed and maimed.

“Schools - and their surrounding areas - must be safe spaces for all children to learn and thrive.

“UNICEF urges all concerned parties in Afghanistan to take concrete measures to clear areas contaminated by weapons, protect children and keep them out of harm’s way at all times."

UNICEF is on the ground providing an urgent humanitarian life-line for children and families in desperate need. 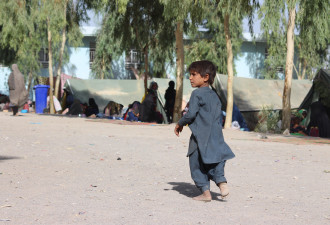 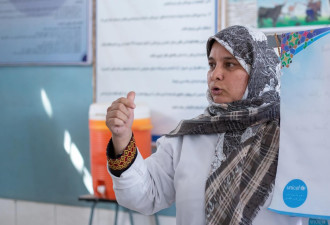 Polio survivor making a difference in vaccination coverage in Herat