So hungry you could eat mud?

Q & A with 23-year-old Shreejana Chhetri.

How did your parents become refugees in Nepal?

My parents were innocent farmers living on the outskirts of Bhutan. They had their own house, land and cattle and were living a peaceful life. During the 1990’s the political situation worsened and more than 100,000 people fled Bhutan for camps in eastern Nepal. My parents were chased out of their home and fled to Nepal.

Where were you born?

I was born in a small bamboo hut in a refugee camp. It was a very cold winter and my Mum had to rip off her skirt because she didn't have a blanket to cover me. There were no doctors or midwives and Mum was very scared.

What did you wish for?

Nothing made sense to me. I didn't understand why there was so much violence, killings, hunger and misery. As a child, I wanted to show others that I was strong and capable, but it was such a challenge because everything around me was so bad.

When I was five or six-years-old, I wished that I was a bird. I didn’t want to be human in my next life.

Can you describe your diet in the camp?

Food was so limited, we mainly ate rice. Kids forced themselves to eat mud because we all just wanted to feel something in our mouths. When you are so hungry, even mud tastes good. It was traumatic to be a child in this environment.

Did you feel trapped in the camp?

There was no privacy. The other families could hear everything you did in your little hut. We were very cramped, and there was no escape. It was just hopeless really.

As a kid, you still want to have fun with your friends. Even though we didn't have toys or playgrounds, we still created our own happiness and we carried a lot of resilience.

Do you have a special memory that you could share with us?

We made soccer ball out of plastic and kites out of newspapers. We didn't have glue so we used rice to stick the kites together. We constructed tiny statues out of mud and clay, hit plastic bottles and invented our own games.

Who supported and influenced you?

As soon as we saw the UN trucks, we knew that help was coming. They would give us pens, pencils, books or food. Even if it was something small, it meant a lot to us. It gave us hope that somebody, somewhere was still trying to help us and we hadn’t been completely abandoned or forgotten.

You left the camp when you were eleven-years-old. What did that feel like?

We were one of the first families to escape the camp. My sister was two-years-old and my Mum was heavily pregnant. We never got to say goodbye to our friends and family properly because rebellion groups were trying to stop people from leaving and we had to move fast. I remember people saying “you are betraying us” as we walked to the bus. I was really afraid.

What did you know about New Zealand?

I didn't even know where New Zealand was! It all felt like a dream. It took me a long time to realise that I was in New Zealand – it was like traveling to an entirely different planet. Everything was new and overwhelming. There were so many emotions all at once.

Did you have a challenging time adjusting to New Zealand food?

I learned to value food when I was little – it takes a whole year to produce one precious grain of rice. When I went into the supermarket in New Zealand and saw all the food, I was like, WOW!

I found it hard to watch kids throwing away apples at school when they were only half eaten. Because I have seen people really struggle to get food, it just seems so wasteful. I felt guilty as well, knowing that there were refugees still living in the camp and I was safe in New Zealand.

How has your past shaped who you are now?

I am a youth coordinator and work with women from different ethnic backgrounds. Some women have experienced domestic violence which is hard to see. I want to empower people to make a positive impact, both in New Zealand and worldwide. That really means a lot to me.

Why do you think we can't give up on kids?

Because they are our future generation. If we don't look after our kids, what's going to happen to the human race?

What does being a refugee mean for you?

I don't see myself as a victim. I see myself as a survivor. Even though I didn't get to choose my start in life, I can choose how to use my story to empower and motivate others.

So many refugees are doing amazing work in our communities. They’re strong people and understand resilience. We have a lot that we can give back.

Children are living in refugee camps right now. How does that impact you?

When I read stories of children who are suffering, it brings back all the trauma and memories because I know what it's like to be in their situation. Just because we are in New Zealand, it doesn't mean it's acceptable for people overseas to suffer. We all need a good life.

What would your message be to people who are going through challenging times?

Don’t give up. Everything that comes into your life is not there to stay forever. Life is about perseverance. I want all children to flourish, wherever they are.

How do you want people to respond to your story?

No one can escape pain, but we can all do little things to make a difference. I really encourage to people to be kind, reach out to others and play your part in this world.

Millions of children live with hunger every day and are forced to eat whatever they can find. 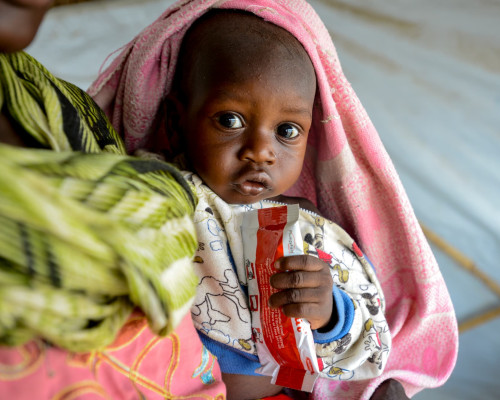 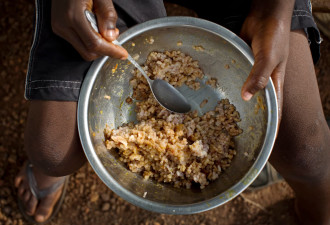 It is an ambitious goal – to end global hunger by 2030 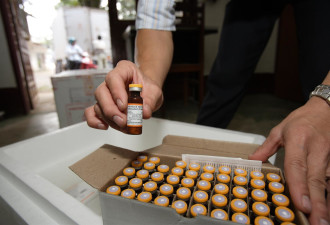 How do you deliver vaccines during a pandemic? 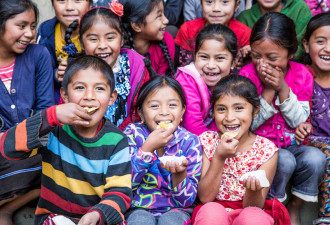 5 Things You Should Know About Malnutrition