Yes we are in the middle of a global health crisis, and yes there is a lot of uncertainty and suffering out there - but there's also incredible stories of hope and survival.

Everyday we're seeing and hearing about children overcoming the odds to recover. Adut's is one of these stories.

Join us as we track Adut's 8-week journey from very sick little girl to smiling and playing again.

Adut has had repeated malaria infections and is not getting the nourishment she needs. © UNICEF/UN0344853/Wilson

Adut watches as other children her age run around her home in South Sudan. She can no longer play with them. She can't even stand up by herself and has to hold onto a support to help her stand.

She's only 14-months-old, and already Adut has had repeated malaria infections which have impacted her appetite and ability to take in the nutrients she needs. Every bite is a struggle.

Adut is measured by a nutritionist at a healthcare centre in South Sudan. © UNICEF South Sudan/Wilson

Worried for their daughters health, Adut's parents take her to a healthcare centre near where they live in Aweil, South Sudan.

UNICEF nutritionist Jesca Wude Murye gently examines Adut and checks her for signs of malnutrition. By using a special tape measure, the circumference of her upper arm can be taken (the diagnosis method for malnutrition in children). The small window on the tape clearly shows Adut is in the red, meaning she is severely malnourished.

When Adut was put on the scales, she weighed just 6.5kg – the normal weight of a child half her age.

Without urgent treatment, severe acute malnutrition (SAM) can be deadly for children. Not only will children be wasting away, but their bodies don’t have the capacity to fight even simple diseases.

In 2019, an estimated 260,000 children under the age of five suffered from severe acute malnutrition in South Sudan.

Adut clings to her mother for support

As part of Adut's treatment for malnutrition, she is given special therapeutic food. It is supplied via a UNICEF nutrition programme, and is eaten 3 times per day.

UNICEF is the world's largest provider of ready-to-use-therapeutic food (RUTF), distributing 75-80% of the world's supply.

Adut’s mother feeds Adut this emergency food called Plumpy'Nut. Plumpy’Nut is a peanut paste enriched with vitamins and minerals specially designed for treating children suffering from acute malnutrition. It has a sweet taste, making it easier to eat for the children like Adut, who often don’t have a strong appetite.

Adut is fed therapeutic food called Plumpy Nut. It's a nut-like paste that is packed with vitamins and minerals designed to treat children with malnutrition. © UNICEF South Sudan/Wilson

Adut has spent five weeks in the UNICEF supported nutrition program, she is already looking healthier and happier, and she's more active and regaining her energy.

For children like Adut to recover from severe acute malnutrition, it normally takes six to eight weeks of specialist treatment and care.

Here is Adut being held by her sister Lydia, 12.

Adut is held by her big sister Lydia, who is so happy to see Adut recovering quickly. She's completed five weeks of the nutrition-program, and is starting to regain her strength, and get back to her old self. © UNICEF South Sudan/Wilson

Adut’s father William is very pleased to see her improving every day. He's been incredibly worried about his daughter.

“Sometimes I don’t sleep, I just think, how can I help Adut?" William says.

"You know, she will be the last one. We have eight children in total and she is the last and that is as special as the first.”

Adut's dad William has been extremely worried about his daughter's health, but has noticed the recent improvements to her health. © UNICEF South Sudan/Wilson

At the end of 8 weeks, Adut has finished the nutrition program. She's come a long way, and is now able to walk around the house without holding on to anything or anyone.   “Her body and her face are now healthy and there is no more sickness. She's really moving on well without any problems,” says mum, Angelina, grabbing Adut and placing a big kiss on the now chubby cheeks.   “Now that she's healthy, she's so playful. She will enter the house and go out again, and you can even send her to go and bring something and she will bring it to you.”

After eight weeks, Adut is now walking around the house without holding onto anything or anyone. © UNICEF South Sudan/Wilson

UNICEF nutritionist Jesca Wude Murye has stayed with Adut for eight weeks and has noticed a big change.   “In addition to gaining weight, Adut’s hair colour has returned to normal and her skin is shinier. She is walking around and her smiles are much more frequent,” says Jesca.   Adut’s father William thinks his daughter will do well in life now that she is well. “Someday, she will be a minister, or even prime minister. Why not?” he says.

Hunger is on the rise, even before the global Covid-19 pandemic began. Children are facing one of the worst hunger crises in decades.

Malnutrition contributes to nearly half of all under-five deaths (3 million children each year), and it affects one in three children globally.

UNICEF is the world's largest supplier of Plumpty'Nut, a special food used to treat malnutrition. Each sachet of Plumpy'Nut costs just 50 cents, and 3 sachets a day for 6-8 weeks is enough to save the life of a malnourished child like Adut.

UNICEF NZ is on a mission to help 2,500 children, like Adut, recover from malnutrition. Will you join us and help change a child’s life?

Together we can reimagine a better world for kids, a world where all little tummies are full. 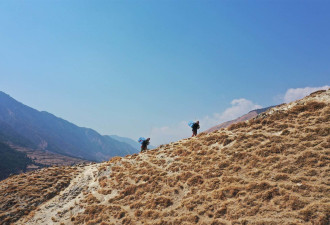 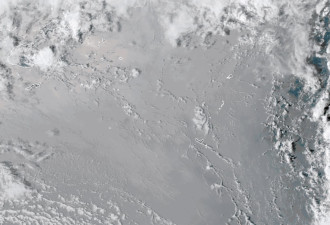 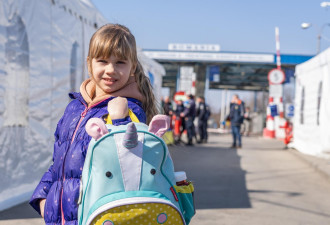