British Prime Minister Boris Johnson hosted the summit which included representatives from more than 50 countries, who came together virtually to raise funds for the Gavi vaccine alliance. The New Zealand government had already committed NZ$7 million dollars to Gavi in support of the campaign last week.

UNICEF is the biggest buyer and supplier of vaccines for developing countries, and has a pivotal role both in implementing immunisation programmes in Gavi-supported countries.

Matau Sanale (right) holds her seven-year-old daughter Maria's hand as she receives a measles vaccination administered by a nurse in Leauvaa Village, as part of a UNICEF-supported national vaccination campaign.

As Covid-19 has spread around the world, vaccination campaigns have also been badly hit. At least 80 million children under the age of one are at risk because routine immunisations have been substantially disrupted in 68 countries.

The impact of Covid-19 and its domino effects on children’s health can be deadly. Using data from Johns Hopkins University, UNICEF estimates that an additional 6000 children could die every day from preventable causes over the next six months as the pandemic continues to weaken health systems and disrupt routine services.

There are a number of reasons vaccination services have been so badly disrupted: parents fear catching Covid-19 if they leave the house, health workers have been diverted to deal with the pandemic, as well as problems getting vaccine supplies into clinics.

Fortunately, New Zealand is not among those countries to defer routine vaccinations. But even though New Zealand has easy access to vaccines, we’re still not immune from outbreaks of disease. A lack of vaccination can still be a death sentence for Kiwi kids. During New Zealand’s last major outbreak of measles, in the 1990s, there were around 7000 cases, and seven deaths.

Fathers, mothers, caregivers and pregnant women, brave the Covid-19 lockdown to immunise their children in Uganda.

Ms Maidaborn said the funding would help protect children in the most vulnerable Pacific nations against deadly diseases like measles, polio and cervical cancer, as well as the response to the COVID-19 pandemic in lower-income countries.

“The global resurgence of measles is putting young children at risk. We cannot afford to lose the decades of health gains that everyone has worked so hard to achieve.”

Deepika Shahi is a community nurse in the Karnali Province of Nepal.

Deepika Shahi is a community nurse in the Karnali Province of Nepal and says coronavirus and the ensuing nationwide lockdown forced routine immunisation services to stop.

“This was when the measles-rubella campaign was in full flow, but even that came to a halt,” she said.

“People in the community were naturally worried, especially those with children. We were worried, too, because it’s taken so many years of efforts to expand immunisation in Nepal – we don’t want to move backwards.”

Towards the end of April, the Nepalese government directed health facilities to start immunisation services again. Even so, routine immunisations weren’t able to start right back up, because vaccines took awhile to arrive.

“The villages here are so far apart, and it is difficult for everyone to walk to the health post,” says nurse Shahi. “We have designated immunisation centres in communities, making it easy for parents to bring their children.”

Two-thirds of unimmunised children globally – more than 8 million children – live in countries affected by conflict. Now, as Covid-19 puts enormous pressure on health services, these numbers are only expected to increase.

One dire example is Yemen. The pandemic has put immunisation campaigns on hold. These campaigns have been critical to increase coverage, especially with the near collapse of the health system. Now that these campaigns are suspended, 5 million children under the age of five will not be vaccinated against polio. 2.4 million children will not be vaccinated against cholera.

“Every year, UNICEF provides vaccinations for almost half of the world’s children,” she said.

“Vaccines go hand in hand with our work in nutrition, sanitation, education, and child protection. It’s so important that this work continues, even as the world continues to respond to COVID-19.”

UNICEF is on the ground in 190 countries, immunising millions of children every year. In 2019 UNICEF supplied 2.4 billion doses of vaccines to over 100 countries in support of their national routine immunisation programs and outbreak response. This work continues, even during the pandemic. Support UNICEF’s work to provide children with life-saving vaccinations.

No one is safe until we're all safe

Help us deliver 2 billion vaccines globally to health workers and the most vulnerable. 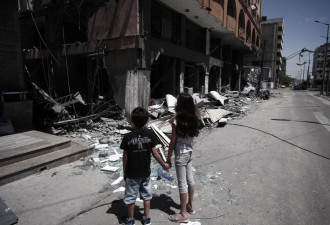 In Gaza, at least 60 children have been killed and another 444 have been injured in less than 10 days. 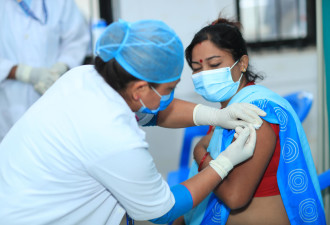 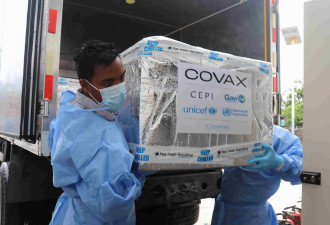