All Black great and legend of the game Dan Carter launches a fundraising platform to support and accelerate UNICEF's work for children around the world.

Auckland, Aotearoa New Zealand - The world's most decorated number 10, Dan Carter, has today announced the establishment of the DC10 Fund - a dedicated fundraising platform in partnership with UNICEF Aotearoa New Zealand that will focus on enriching the lives of children in Aotearoa and the Pacific.

The DC10 Fund vision is to support vulnerable children and empower them to unleash their dreams by providing critical funding, support and advocacy of key UNICEF initiatives.

Carter has shared a meaningful partnership with UNICEF over the past six years raising awareness of the issues facing children around the world and was named an official Ambassador for UNICEF Aotearoa New Zealand in 2021. During his relationship with UNICEF, Carter has seen first-hand how important it is for children to have access to education, a safe environment and hope for the future. Following his retirement from professional rugby, Carter made the commitment to use his platform for good. The DC10 Fund reinforces Carter’s dedication to championing the rights of children around the world and increasing visibility of UNICEF’s critical work.

“I am grateful to be in a position to shine a light on the challenges children and young people are facing and help accelerate the important and impactful work of UNICEF”, said Carter.

“Every child deserves a fair chance in life. Every child should be given the opportunity to grow up and fulfil their potential. I have had the privilege of realising my dreams and I am thrilled to use my sporting success to give back to something that is close to my heart,” he continued.

To launch the DC10 Fund, Carter will return to Eden Park to attempt a 24-hour Kickathon on 7-8 April 2022, a global first-of-its-kind event. The inaugural DC10 fundraising event will see Carter goal kicking for 24-hours straight, aiming to successfully convert 1,598 kicks - the total number of test points he scored as an All Black.

The Kickathon event will deliver seed funding for the DC10 Fund via corporate sponsorship and public donations, with text and online donations available for members of the public who want to support Carter in his ambitious Kickathon goal and making a difference.

Funds raised from the Kickathon will go to the DC10 Fund, directly supporting UNICEF’s water, sanitation and hygiene programme (WASH) for children in the Pacific, where sanitation-related diseases are one of the leading causes of death for children under five. The partnership will see UNICEF deliver water and sanitation to 134,000 children in Kiribati, Solomon Islands and Vanuatu.

In addition to raising funds for UNICEF’s programmes in the Pacific, predetermined funds will also be allocated to strengthen UNICEF’s work in Aotearoa New Zealand. The DC10 Fund will support the implementation of educational resources, tools and initiatives for children and rangitahi across New Zealand to learn about their own rights, as well as empowering them to participate in advocacy and speak out on matters that are important to them.

“Dan Carter is a role model to so many and he cares deeply about children and young people,” said Michelle Sharp, UNICEF Aotearoa New Zealand Chief Executive Officer. “We are hugely appreciative of Dan’s continued support to highlight the challenges many children and young people face and to amplify UNICEF’s critical role in supporting children, their communities and their right to thrive.”

Following a grueling training programme, Carter will take to the field to begin the 24-hour Kickathon at 7:00 pm NZST, Thursday 7 April. Joined by friends and global UNICEF supporters Carter will kick throughout the night and into the next day, with the final whistle to be blown 24-hours later at 7:00 pm NZST, Friday 8 April.

Supporters in New Zealand and around the world can show their support for the DC10 Fund by tuning into the dedicated live stream and making a donation via the Kickathon website https://dancarter.com/kickathon. 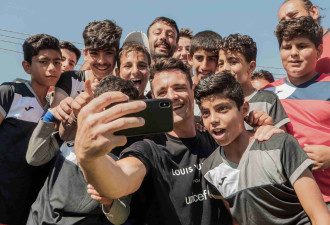 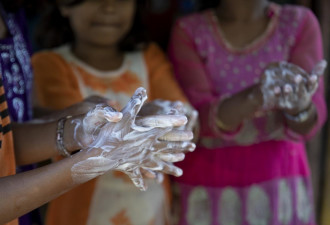 Kane Williamson goes to bat for clean water and soap